Aims: The objectives of the current study were to determine the effect of FPP supplementation on human diabetic PBMC respiratory burst activity and to understand underlying mechanisms of such action of FPP.

Results: When stimulated with phorbol 12-myristate 13-acetate, the production of reactive oxygen species by T2DM PBMC was markedly compromised compared to that of the PBMC from non-DM donors. 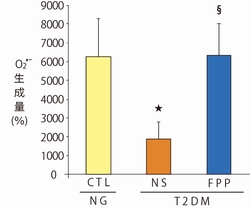 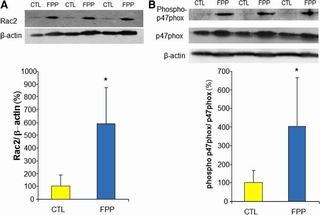 In addition, the protein and mRNA expression of Rac2 was potently upregulated after FPP supplemention. The proximal human Rac2 gene promoter is G-C rich and contains consensus binding sites for Sp1 and AP-1.

Innovation: This work provided first evidence that compromised respiratory burst performance of T2DM PBMC may be corrected by a nutritional supplement.

Conclusion: FPP can correct respiratory burst performance of T2DM PBMC via an Sp-1-dependant pathway. Studies testing the outcome of FPP supplementation in diabetic patients are warranted.