June 25th to 26th
Nürburgring, Germany
Aston Martin, a leading British Car maker, proud of one hundred year long history and its car used for the latest Royal Wedding, stood up for Japan with Japanese flags. Aston Martin entered the race with its factory team.
The three entry cars are V12 "Zig", "Zag" and V8 VantageN24. All of the three appeared on the Nürburgring circuit with Japanese flags on their roofs, which made all the Japanese present there shed tears and appreciate their thoughtfulness.
Dr. Bez, CEO of Aston Martin, handed a ￡100,000 check to Mr. Akio Toyoda, president of Toyota Motor Corporation, who has been in the same pit for 5 years. 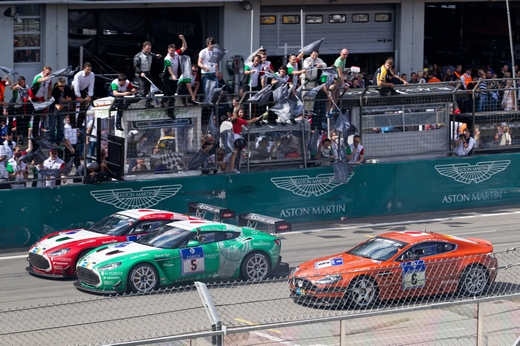 Goal of Aston Martin with its message for Japan －
"We thank you for your excellent performance for the 24 hours." 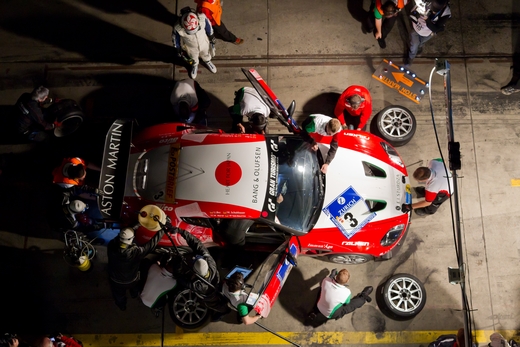 Aston Martin had a Japanese Flag for the first time in its history for Japan. 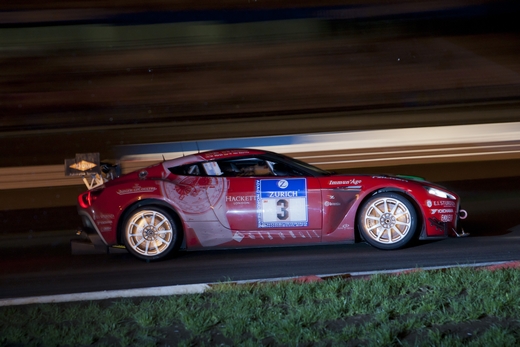 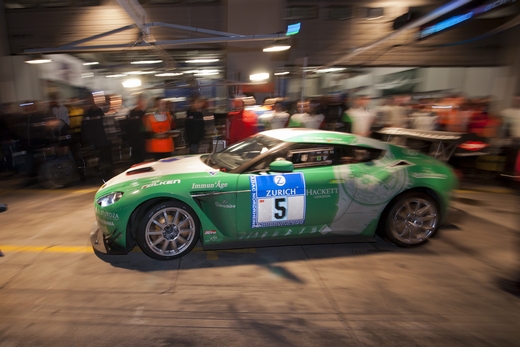 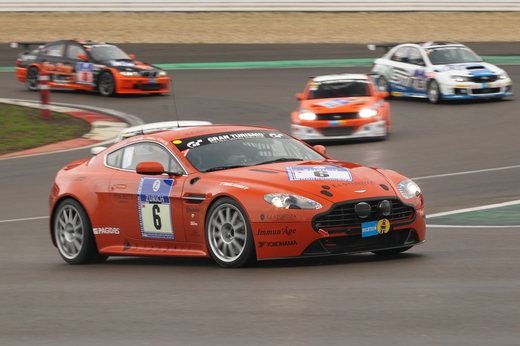