When you hear the word "Immunity" many people may think of "Systemic Immunity" which is our ability to fight against invading external enemies such as bacteria and viruses.

In addition to this, our body has a system called "Mucosal Immunity" to prevent bacteria or viruses from invading via mucosal membrane of our eyes, nose or mouth. It plays an important role in providing first line of defense for controlling infections.

Immunoglobulin A (also referred to as IgA) is an antibody that plays a crucial role in the immune function of mucous membranes. IgA exists in our mucous membranes throughout the body and the amount is second only to the one of IgG. IgA protects our body by binding to invading pathogens or toxins and disabling them. A breastfed babies gain protection from secretory IgA in breastmilk, even though they don't have their own secretory IgA. This IgA declines with the aging process after its peak in 20s to 30s. Surprisingly, it is reported that exhaustion from intensive sports and chronic stress may also lead to low IgA levels. It is important to maintain IgA level which plays a major role in mucosal immunity to protect external enemies to invade. As a hint to maintain the IgA level, we would like to introduce a clinical paper demonstrating that FPP has effect of boosting salivary IgA. 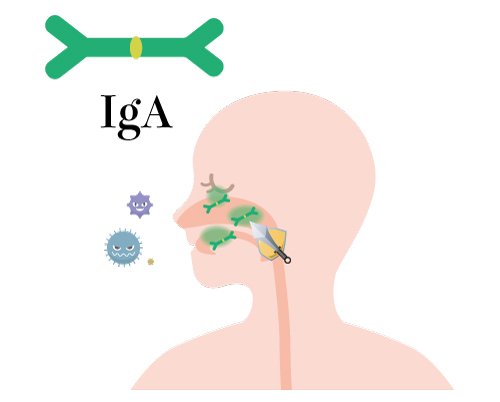 The aim of this clinical study is to test FPP's effect on IgA known to be effective in acute respiratory illness, which is a respiratory tract infection including common seasonal "flu". The study population consisted of 90 sedentary healthy patients, divided into three groups: 20-40 years; 41-65 years; over 65 years. Subjects were supplemented for 6 weeks with either 9g/day (4.5g twice a day sublingually) of FPP or placebo. After a further month period of wash out, subjects were treated again in a crossover manner.
FPP supplementation during 6 weeks resulted in higher salivary IgA in all the groups. It is noted that the low salivary IgA level of third group over 65 years increased about double to almost the same level of the first group of 20-40 year. The result showed that FPP enhances mucosal immunity function, even in older population, suggesting that it will help maintain our health by strengthening the barrier function against infectious diseases.