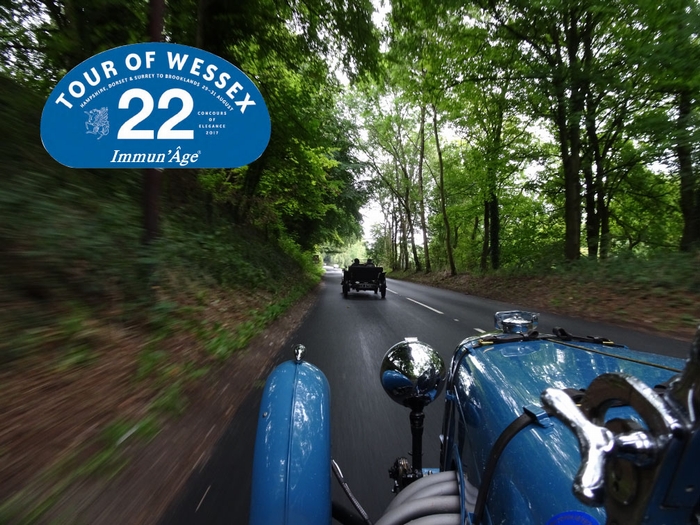 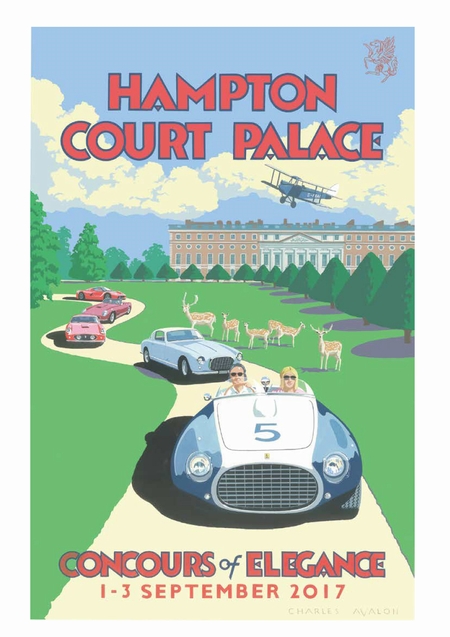 A world-class automotive celebration "Concours of Elegance" took place at Hampton Court Palace in UK from 1st to 3rd of September 2017.

A special tour called 'Tour of Wessex Rally" preceded it from 29th to 31st of August for three days and Immun'Âge was its official sponsor.

The only exclusive entrants of "Concours of Elegance" were invited to event. On August 29, it started with an Afternoon Tea Party on at Lainston House Hotel in the ancient town of Winchester. At night, a dinner party was held with a family atmosphere, graced with the presence of His Royal Highness Prince Michael of Kent. Towards the end of the dinner party, Mr. Yuki Hayashi, president of Osato Research Institute, had an opportunity to talk about some of the potential benefits of FPP (Fermented Papaya Preparation) including prevention of jet lag, recovery from oxidative stress during endurance races as well as a result of an ongoing research on prevention of cognitive diseases. He also explained that Immun'Âge was invited as official sponsor of "Tour of Wessex" because it could help people to enjoy a long and healthy driving life. Immun'Âge was handed to all the guests and attracted interests of the guests. 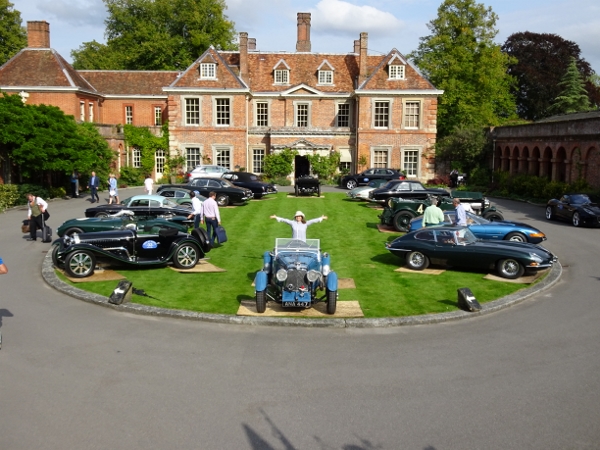 On August 30, it was cloudy and a good day for a Rally, although the weather forecast was a stormy weather. The cars started one by one every one minute at a flag sign from Mrs. Toshiko Hayashi.

The participants of the rally are all classic car enthusiasts and collector of vintage automobiles from U.S., Australia, U.K. and Europe. They transported their own cars by air for this 500km-Rally in the UK country roads for two days. Their vintage cars are all irreplaceably precious, but they enjoyed the rally at good speed with a road book.

Prince Michael of Kent participated in the Rally in his pre-war Bentley. He was wearing Aston Martin Jacket with consideration for us since he knew that Immun'Âge had been having a long good relationship with Aston Martin. We could never be thankful enough for his thoughtfulness.

ORI president, Mr. Hayashi participated in the rally in 1933 Aston Martin Le Mans
Be Spoke, playing a substantial role in the Car No.1.

The rally finished at the Brooklands motor circuit. Each car was delivered to the Hampton Court Place and nicely cleaned and taken care of to participate in Concours of Elegance on the following day.

On September 1st, it was a beautiful British morning under clear blue sky. All the owners of the Coucours cars got together at the Golf Course of Hampton Court Palace to participate in the Grand Arrival Parade. All the Concours cars were driven by the owner and his wife in the parade to their allotted parking spot after receiving welcome from Prince Michael of Kent at the stage. After the parade, we enjoyed chatting and viewing the cars as well as one of the UK's most exclusive garden parties in a glorious setting. On September 2nd, in the celebration dinner at the Great Hall of Hampton Court Palace, the owner of the Best Show winner was presented, which was 1933/35 LANCIA ASTURA AERODINAMICA CASTAGNA COUPE this year.

At the end of the Concours, a dinner party was held at the majestic Great Hall with 300 invited guests. My wife and I had a great honor to share a table with Prince Michael of Kent with kind consideration of the organizer. It was such a profound and unforgettable memories of England.