On 13-14 June, 2020, the spectacular official online simulation of the event of the world's most famous endurance race "Le Mans 24 Virtual" took place for the first time ever and Aston Martin Racing (AMR) secured a dramatic runner-up spot in the LM-GTE class. Osato Research Institute has been supporting AMR since 2005. 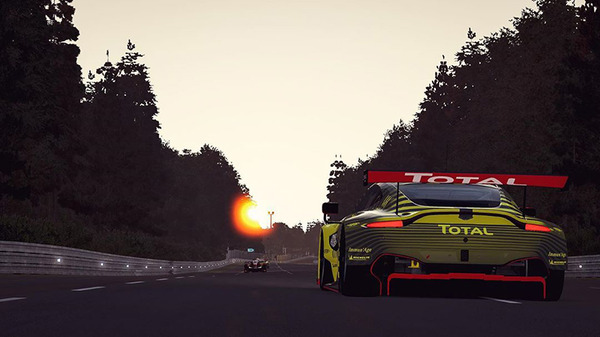 Currently, various events across the world, including motor sport racing series such as Formula 1, have been canceled or postponed because of the spread of the novel coronavirus. "Le Mans 24 Virtual" is the first ever official virtual race held on June 13-14, the date originally scheduled for the 24 Hours of Le Mans, now postponed to September 2020. Drivers were seated in a driving simulator and teams were composed of 4 drivers: each line up must consist of at least two professional drivers and a maximum of 2 sim racers. 200 drivers from all over the world, including top drivers from endurance race world, participated in this 24-hour fierce online battle. 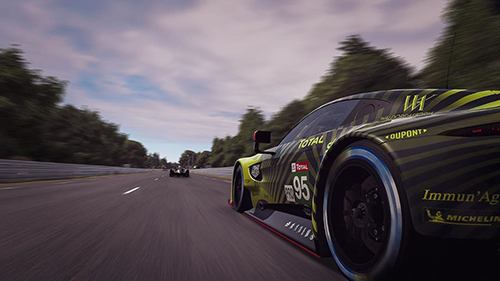 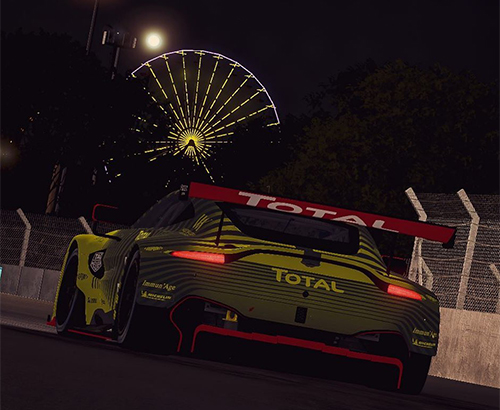 As driving in the real Le Mans 24 Hours, the event was spectacular and day/night transitions seemed to be so real meeting the local time. The race was put even under red flag condition twice due to "virtual" problems such as server troubles, but it was re-started behind the Safety Car.

"What a fantastic experience that was," said Sørensen. "It was a tough race, but in the end it came to us and my job was to stay calm and bring the car to the finish."

Thiim added: "This is an awesome achievement for the team. We are still new to professional sim racing, but everyone worked incredibly hard. Lasse was super-fast all through the weekend and Manuel was a fantastic addition to the team. Now it's time to look forward to the real thing in September when myself, Richard and Marco will aim to give the Vantage GTE the perfect year with a win at Le Mans for real."