The Karuizawa Newspaper featured the first visit of Prince Michael of Kent to Karuizawa on the front page in the April issue. 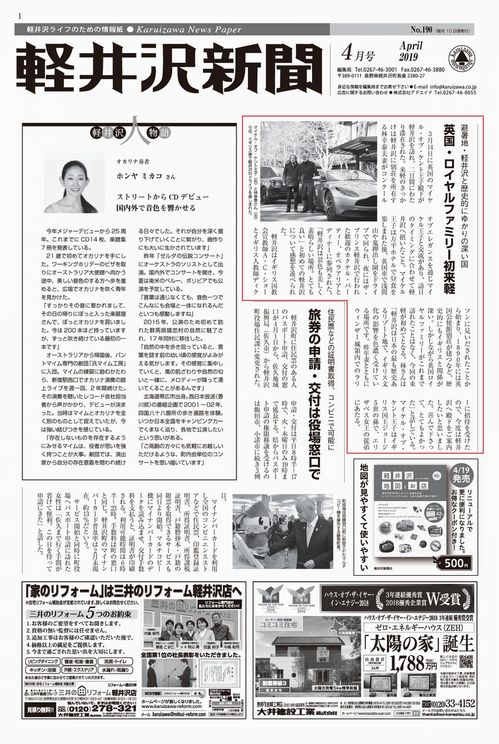 They published a story about the first visit of Prince Mihcael to Karuizawa as a member of British Royal Family, which has become a new page of Karuizawa's history. It was introduced that Prince Michael of Kent visited Karuizawa to see his friends, Mr. and Mrs. Hayashi and enjoyed driving with the view of Mt. Asama with them as well as evening event of Opera Arias Night held at the Prince Karuizawa.

Mr. Hayashi, the president of Osato Research Institute, has known Prince Michael through the British Classic Car event "Coucours of Elegance", which made his visit to Karuizawa possible.

The article is available on the website of Karuizawa Newspaper, too. (Japanese only)
https://www.karuizawa.co.jp/newspaper/news/

You can also read the article about Concours of Elegance 2017:
https://en.ori-japan.com/news/race/concours-of-elegance-1-3-september-2017.html