This 42-year old indestructible runner is called "Marathon Man" and now challenging to run and finish within the cut-off time 52 marathons held in each of the 50 states of the United State of America, Washington DC and Nassau (Bahamas) within 52 weeks starting January 1, 2016 and to list this achievement in the Guinness Book of Records.

We give our wholehearted support to David for his incredible challenge of running 42.195km once a week by providing him with Immun' Âge for his recovery after a hard marathon as well as for relieving stress associated with long-distance travels from one race to another.

David's challenge starting from the Herb Parsons Trail Marathon at Collierville, TN on January 3rd Sunday, has been going on successfully. He ran 5 races in January, 4 in February, 4 in March and 5 in April. His 11th challenge was the Rock' n' Roll DC marathon in Washington D.C. and the Immun' Âge/OSATO team came to Washington D.C. to support him and introduce Immun' Âge to the American runners during the two-day Health & Fitness Expo held prior to the race! 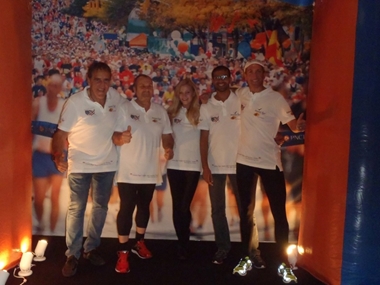 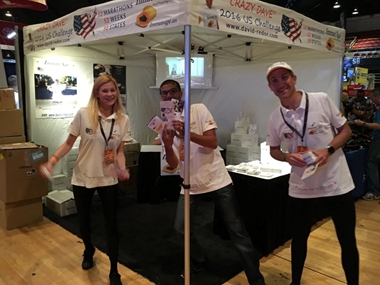 His challenge is still going on through this year. We will make more reports for further updates.