We received a new year's card from Mr. Taichi Ito with the coming of spring, which he dropped in the post at the South Pole again this year. 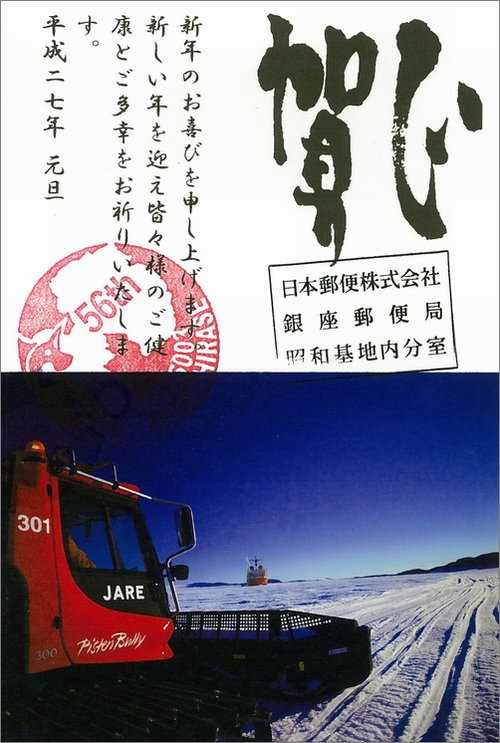 It was a beautiful card with the photo of the red pisten bully under the flawless Antarctic blue sky with the Icebreaker "Shirase" in the middle distance.
It was postmarked by the Showa base post office. The stamp was so pretty! 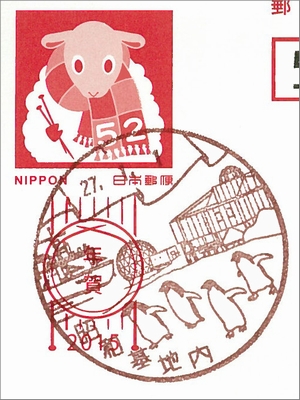 The reason why we receive the new year's card in April is that the letters and cards posted at the Showa base had been carried to Japan by "Shirase" and delivered after her return home.
We are also happy to know that Mr. Ito completed his mission at the South Pole and came back to Japan safely.