The ORI president, Yuki Hayashi, made a presentation on Preventive Medicine at the International Conference in Vatican City.

An International Conference on 'Addressing Global Health Inequalities' took place in Vatican City on 16-18 November 2017.The ORI president, Yuki Hayashi, made a presentation as one of invited speakers on Friday 17 November 2017 on the subject "Education in Health and Healthy Alimentation for the Prevention of Neurodegenerative and Non-communicable Diseases" and spoke about the importance of "Preventive Medicine". 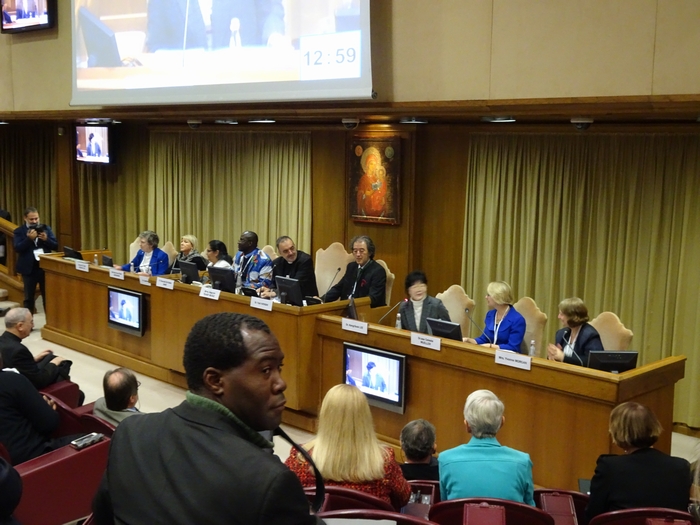 Mr. Hayashi at the Conference in Vatican 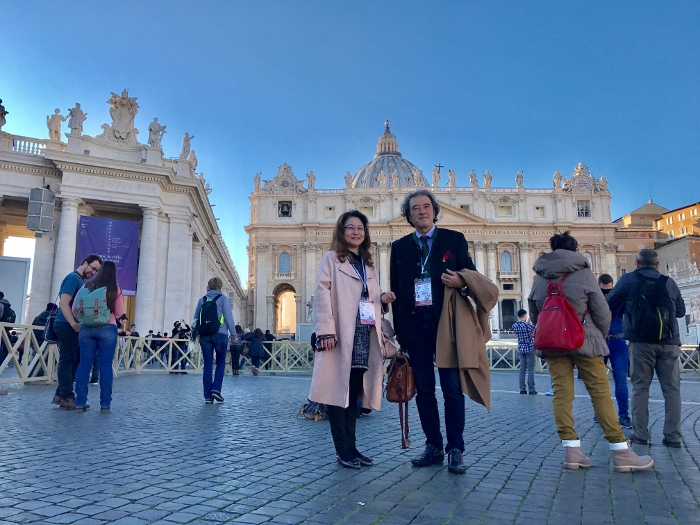 The second invitation to Vaticanfor Mr. and Mrs. Hayashi since 2015

The 32nd "INTERNATIONAL CONFERENCE Addressing Global Health Inequalities" was held in Vatican City at the Synod Hall. Mr. Hayashi made a presentation at this conference as one of invited speakers and made a proposal to solve issues on rising medical costs in Japan in front of 500 people in the audience.

Mr. Hayashi and his wife were also invited for the 23rd World Day of the Sick in Vatican on February 11th, 2015. They had the great honor to be able to talk with Pope Francis and speak about the importance of preventive medicine.

The points of his presentation were (1) "Education", (2) "Fermented Food" and (3) "Improvement of QOL for senior generation with agriculture" for Disease prevention. He mentioned his project of wine-making, trying to provide a comfortable workplace environment for local elderly people.

Mr. Hayashi introduced clinical researches using FPP which he has been involved for more than 20 years. He recently focuses on working on how to prevent dementia, he said in his presentation that in order to prevent cognitive decline, it is important to avoid decline in our metabolic function of the brain by providing the brain with enough energy. Dementia is a burden not only for patients but also for families who care for them, and there is a huge concern about the national budget due to the rise in medical costs. Mr. Hayashi said he hoped to be a help in reducing the national medical costs by prevention of Dementia using the research results in future.

Prof. Sashwati Roy of Ohio State University also made a presentation as a co-speaker on her FPP research on T2DM patients. She presented that FPP not only improves immune response in T2DM patients, but also may have properties to improve mitochondrial energetics and increase cellular energy in the form of ATP. These properties of FPP may have implications far beyond T2DM, such as healthy aging and improvement in cognitive functions.