On March 23, the Gifu-Chan (Gifu television) reported the activities of Osato Research Institute (ORI) and of World Foundation Aids Research and Prevention (WFARP) in their program "Charity Day 2020".

The WFARP activity for Aids Prevention has been reported in the annual Gifu-Chan Charity Program in March for nearly 20 years. This year, they featured not only WFARP activity but also ORI's activity called "Project ORI Wine" for reduction of medical cost in this superaging society.

You can have a look at the video here: 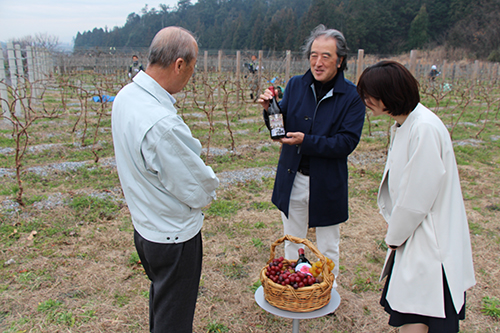 Mr. Yuki Hayashi, president of ORI and WFARP, received an interview under the theme of "Reduction of Medical Cost through Preventive Medicine" and talked about his activities in the Aids Preventive Education of WFARP and "Project ORI Wine" to keep local elderly people feel active and healthy. They interviewed some other people who had been involved with this project, including the manager of Ono-town Silver Human Resource Center and the Ono-town Mayor.