Osato Research Institute has been supporting Aston Martin Racing with FPP since 2005
to keep the team in good health condition.

Please share a fabulous race report from Darren Turner, which we received
on the day subsequent to his victory at GTE Class in the six hours of Sao Paulo on
November 30!

Darren Turner wrapped up the 2014 FIA World Endurance Championship season yesterday with a win in front of 55,000 spectators at Interlagos in Brazil. The 6 Hours of Sao Paulo was by no means a cruise to the flag for Aston Martin Racing, with numerous strategy changes taking place throughout the incident-packed race.

Saturday's qualifying session ran perfectly for Darren and his regular team-mate, Stefan Mucke. The duo aced their runs and grabbed their third WEC pole position in a row!

It was Mucke's turn to take the start and he made a good getaway, holding the GTE Pro lead throughout his run and building up a small lead. He pitted at the scheduled point but as soon as Darren joined the race a 'Full Course Yellow' (FCY) was thrown when one of the LM P2 cars went off. This handed the advantage to the GTE runners who were yet to pit and left Darren back in fourth place, a good 40 seconds behind the leader.

Darren set off after Vilander in the No.51 AF Corse Ferrari and looked like he was going to be able to grab third position.

"Toni (Vilander) got run wide into turn four by a prototype, which set him back a bit, possibly picking up a puncture," explained Darren. "I tried to make my way around the outside at turn six but we collided. I saw him afterwards and he apologised, saying he turned in but nothing happened." 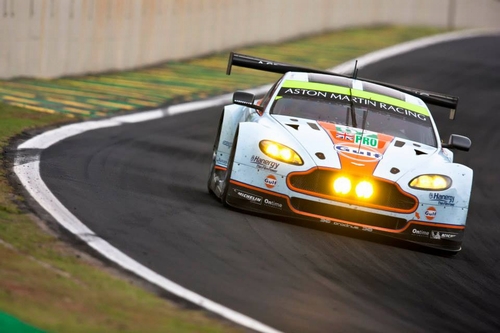 The contact with the Ferrari tipped the Vantage into a spin and dropped it to fifth place. The team strategists were hard at work at this point to change the strategy again to also get Darren off the hard tyres he was on as they were impeding his attack.

Stefan then took over and had a solid run before Darren got back out there on the medium tyres and went into maximum attack mode! At the four-hour mark James Calado - in the No.71 Ferrari - found his mirrors were full of Aston Martin as Darren went after second place.

"I could really push on the medium tyre," he said. "I closed the gap down to the Ferrari and had just got into a position to attack but I took too much kerb at turn seven and it spat me into a spin."

Darren lost six seconds but continued to push hard before handing the car over to Stefan in third place for the run to the flag.

"With just over an hour to go we knew that our main competition had another stop to do so we would be able to take the lead when that happened," said Darren. "Unfortunately we also knew we wouldn't make it to the end without a 'splash and dash' so it was going to be very tight."

They may have lost out with the FCY in the early part of the race but when the Safety Car came out for the Porsche crash it played right into the hands of the #97 Aston Martin. With so much carbon debris on the track the team gambled on the safety car staying out until the end, negating the need for that final fuel stop. It was the right call and Stefan took the chequered flag as winner.

"It is always good to round off the season with a win," said Darren. "It has been a very up and down year - we've been fast but we haven't always got the results we deserved. My sincere thanks to the #97 crew and all of the team at Aston Martin Racing. I would also like to thank all of my personal sponsors for getting behind me this year and hope I can deliver more wins for them in 2015. I can't wait for it to all start again next year!" 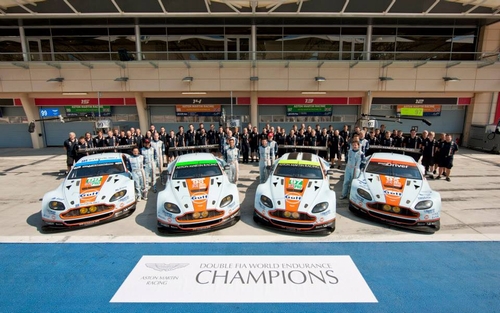