From May 7th to 10th , 2014, Oxygen Club of California (OCC) Meeting was held at the University of California Davis (UC Davis), which is near the Napa Valley and famous worldwide for Viticulture and Enology.

The meeting was held to understand the connection between food and human health at a molecular and cellular level and many studies were presented on how to balance oxidative stress by food which is a cause of chronic disease or illness.

The UC Davis has the Mondavi Center Studio Theater, which is named after Robert Mondavi, famous vineyard operator family of Opus One and serves as various world-renown musical concerts.

The Osato Research Institute was requested by OCC to produce piano-duo concert by Mr. and Mrs. Ota. The concert was held at the Mondavi Center from 7:00PM on May 9. Their performance with two Steinway Model D concert grand pianos was so impressive.
All the scientists, who attended the meeting from all over the world, could be freed from the strain and enjoy the perfect harmony played by the couple. 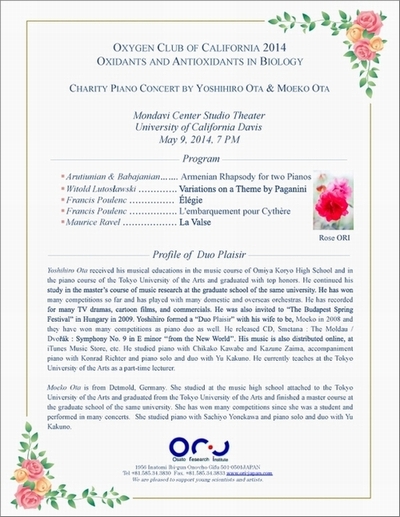 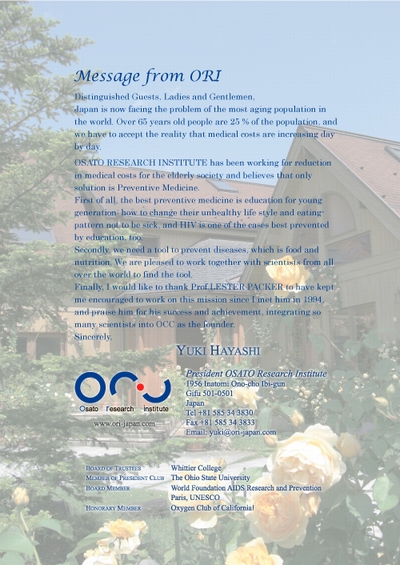