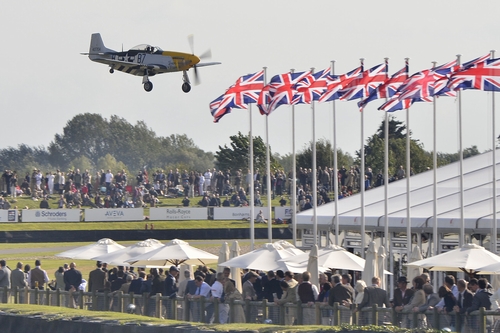 I had a phone call from Aston Martin Works Director Kingley at the prestige brand's spiritual home in Newport Pagnell.
He asked me if they can display my bond car DB5 at the Goodwood Revival as a work of Aston Martin, which has been fully restored in commemoration of their 100th anniversary since 2010, with a kind invitation to join the event. In mid-September, I and my wife headed for the Goodwood Circuit, 30 minutes by car from Portsmouth. 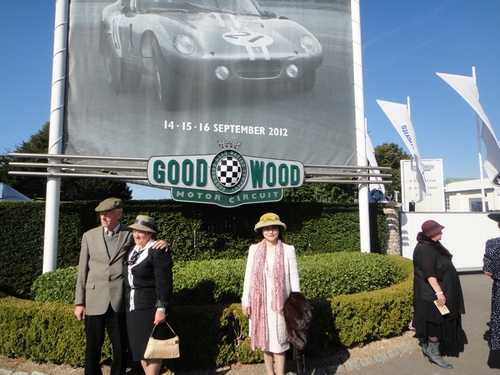 The Goodwood Circuit is owned by Lord Charles March and was provided as an air force base by his farther. There were many races held in the 50's and 60's, but in 1966, Goodwood closed its gates to contemporary motor racing. However, the circuit, including all the pits and the stands, remained as it was, thanks to his great wealth. In 1998, Lord Charles March created Goodwood Revival as the greatest classic car race in the world to make his dream come true. 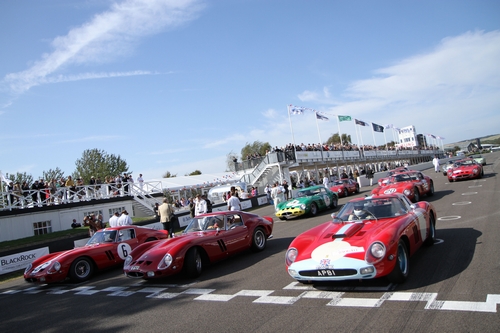 15 out of the existing 39 Ferrari 250 GTO participated in this race.
Real flight of the cars which value over 10 billion yen in total.

The event was held from Friday to Sunday and the dress code was fashion in the 50's and 60's. Not only a total of 140 thousand visitors but also the police station, the fire station, restaurants and shops including their staff, and cars were like stepping back in time.

It's not cosplay (costume play) ! All of them are so fashionable.

Vintage Aircrafts such as Mustang Spitfire added grace to the event, flying from the airport located in the middle of the circuit.As I saw many elderly couples, almost 70 years old, walking hand in hand with each other and looking happy in the vintage fashion of their younger days, I felt envious. 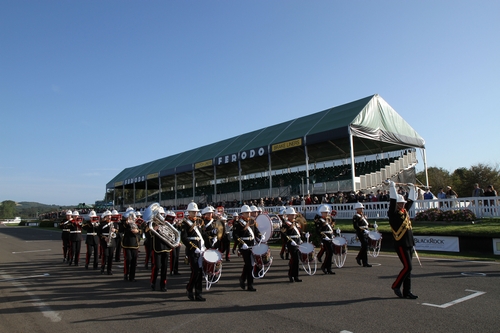 I thought we should have this kind of event in Japan where the population is aging.