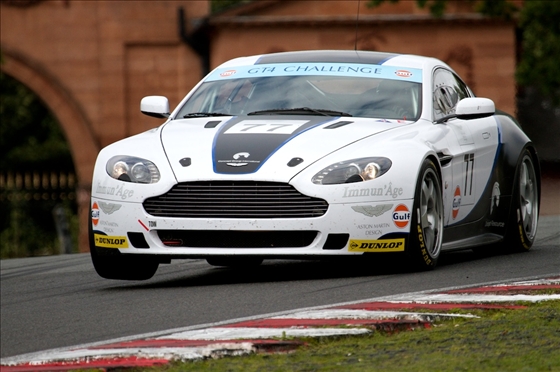 OULTON PARK is a motor racing circuit based in the small village of Little Budworth, Cheshire, England, which is about thirty minutes drive from the Manchester airport.
The racing circuit has stunning scenery of combination of green grass, woods and lake. It is a special place for both spectators and competitors as a birthplace of club race loved by British people.
On August 21, the 75th Anniversary Race Day of Aston Martin Owners Club was held. It was an exciting day for fans of British cars, as we could see Lagonda club's vintage cars of the 1930's as well as the current Aston Martin's GT4. Twelve Aston cars participated in the 90-minute race on the international 4.3-kilometer course.

The race started at 1:30 pm and the temperature was 18 degrees Celsius. The first driver was Marek, who has only some experience in historic car races. The team was watching him with expectation and anxiety, but he managed to finish his mission in the 8th position and the wheel was taken over by Chris. Chris demonstrated his talent and managed to take 3rd place to stand on the podium. The time was just 0.8 seconds behind the 2nd placed car.
The excellent thing about Aston Martin's principle is not only to make sports cars to sell but also to join races with the cars of their own making to prove the ability. That was what I thought on the way home.

Episode
The director of Osato Research Institute, Dr. Pierre Mantello also participated in the race with his friends Dennis in Aston Martin GT4 of Swiss team. Dr. Mantello is already a "Pappy" (Grandpa) at home and the total age of the two drivers is hundred and ten! However, they completed the race in the 10th place. Grandpa racers proved the effect of Immun' Âge! 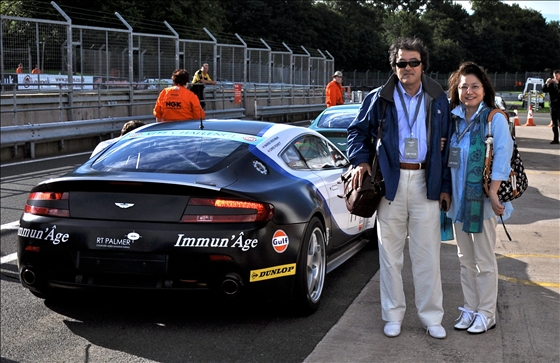