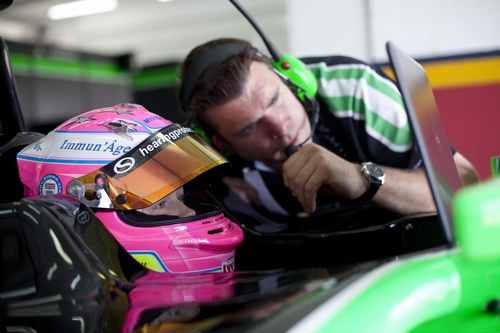 Alice had a tough weekend due to some incidents.

It was Alice's first visit to the Valencia Street Circuit, which saw warm weather, averaging well into the 30C each day.

In the Friday practice, Alice ended the 40 minutes session in 9th place, her highest ever placing in GP3.

Qualifying took place first thing in the morning, with Alice finishing P13. She was later promoted to P11 as two other drivers took penalties. 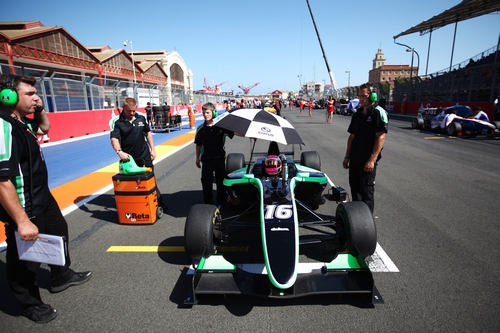 In Race One, Alice made a great start moving up to P9 at turn 1, but had to drive round the outside of couple of drivers at turn 2 to avoid collision in front.

However, things were about to take a turn for the worst, as oil from a competitor just in front of Alice, was leaking onto the track.

Her car skidded on the oil, damaging the front of her car.

Alice made it back to the pits and ended up crossing the line in 18th place. 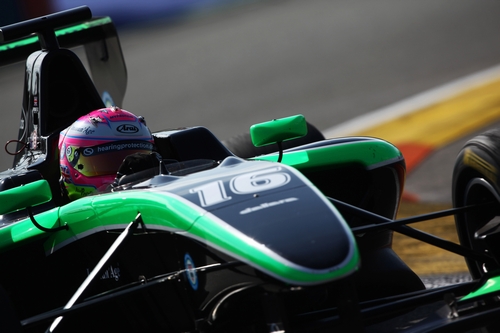 For Race Two, Alice got a lightening start, entering turn 4 in 13th position.

As Alice approached turn 8, Alice was involved in a crash, which sent her car flying into the air.

The force of the car landing winded Alice, caused pain in her back and damaged the car, ending her race. 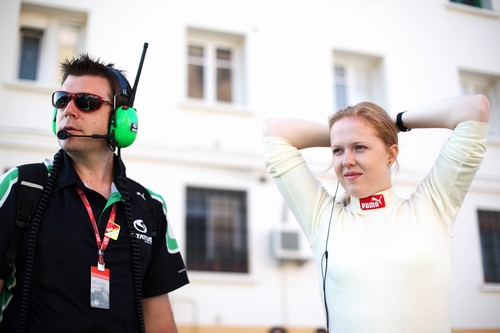 Commenting on the weekend, Alice said

"This weekend has been tough.

It started out well, and it shows I am getting closer and getting used to the GP3 car.

The races were very action packed and I am gutted that ewe did not get a decent result.

The crash in Race Two was quite painful, I have had my back checked out and all is fine apart from bad bruising on my heels.

Huge thanks again to my sponsors and everyone at Status Grand Prix.

Hopefully I can reward them with great result soon in the next race at Silverstone on the 6-8 July."