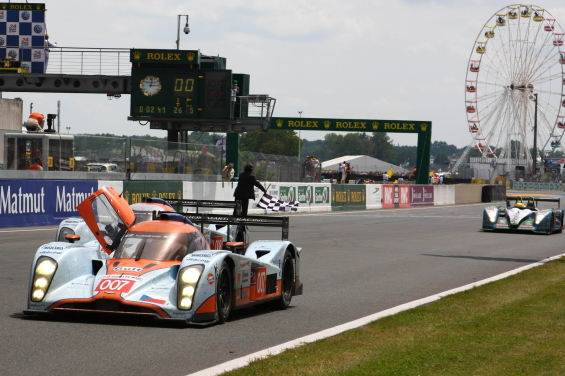 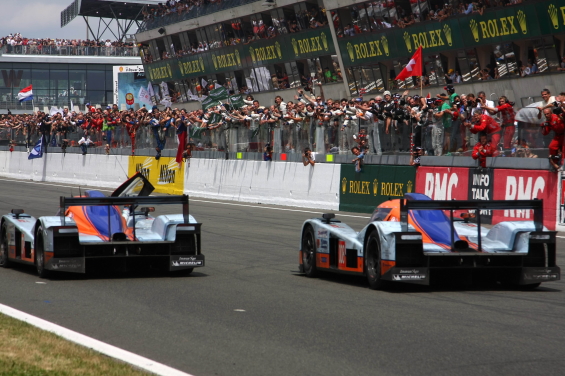 Racing for Le Mans 24 Hours has come this year again. It has been fifty years since Aston Martin's victory of Le Mans in 1959 (the current LMP1 class), and Aston Martin entered its cars numbered 007, 008 and 009 with V12 petrol engines in LMP1 class. That would be worthy of a British sports car maker to take such a challenge memorably.

In the LMP1 class, Aston Martin had to fight against nine monster cars, including three R15s and two R10s of Audi, both of which were equipped with diesel turbo engines, and four 908 of Peugeot trying to revenge the defeat of last year by all means.

These nine diesel turbo engine cars were obviously superior to speed and quietness, when compared with petrol engine cars, such as 5 seconds faster per one rap of 13.6 km at the Sarthe Circuit. The Le Mans regulations, however, allowed petrol cars to have a little bigger gasoline tank (90 litters for petrol cars and 81 litters for diesel cars).
Despite clear handicaps, existing before the race, three cars of Aston Martin showed a good fight with the 007 car finishing an excellent fourth overall - the quickest of all the petrol cars.
This year, Peugeot realized its long-awaited dream of taking first and second places in the 24 Hours of Le Mans. Incidentally, the winning driver of Peugeot was David Brabham - the winning driver of Aston Martin GT1 driver in 2007 and 2008 before - has patronized 'Immun' Âge' for a long time.

During the industrial revolution started in England, the main power sources of wind and water were shifted to fossil fuels for steam engines. The global, simultaneous economic downturn undergoing these days, coupled with rapid advancement of science and technology; wind and water have been looked at as the source of energy again ironically, and as a result, car engine seems to be shifting from new typed diesel to electric motor.
It occurs to me that Aston martin will be fighting against electric cars at Le Mans in ten years from now. 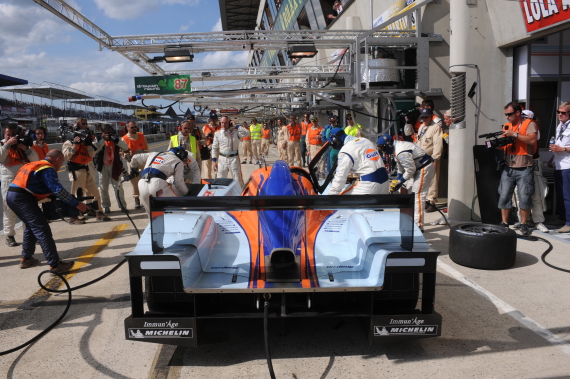 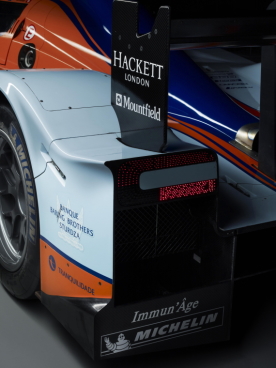