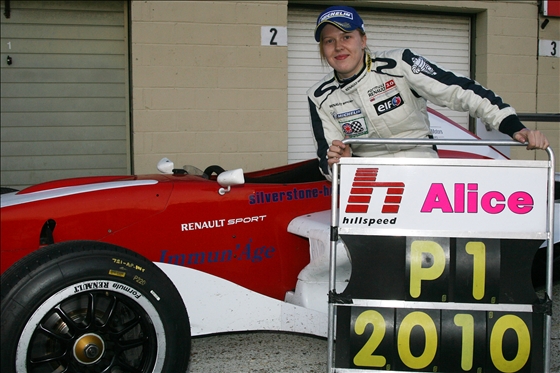 October 17, 2010
At the weekend, was the final round of the Formula Renault BARC Championship.

Alice is a female racing driver whom the Osato Research Institute has been supporting with scholarship.
She entered the weekend with the determination to win the final round since she was just 14 points behind the leader.
Please enjoy her latest race report.

"I entered the weekend being 14 points behind the leader. It was straight into qualifying with no testing.
Just as I was about to go out for qualifying my car started leaking a lot of fuel!
My engineer, Sarah, managed to spot the problem and get it sorted, but by this time, there was only 8 minutes left of the session.
However, I managed to get P4 and P1 for the races in the 6 flying laps I had.

In race one, I finished in second place after starting 4th, but lucky for me my championship rival fell from pole, and down the order to 8th place. This would mean that going into the last race, there was only 4 points separating us!

For race two, I started in pole and got a good start. My rival also got a good start and moved from 4th position, into 3rd.
However, he made a mistake and spun down to 15th. This meant, that I just had to try and win the race, which I did from lights to flag.
This meant, that I won the championship by 8 points and made history by becoming the first female to EVER win a Formula Renault Championship."

＜Message from Alice＞
『I would like to thank you for all the support Immun'Age has given me this season, it has been brilliant.
I will be racing in the Formula Renault UK Winter Series, which consists of 6 races over 2 weekends.
The car I will be driving is bigger, faster, more downforce and is paddle shift, but I will be giving it my best shot!』 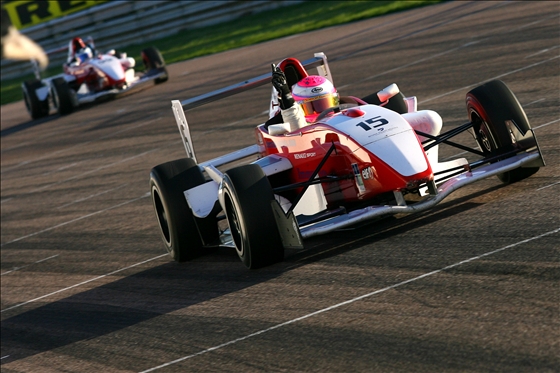